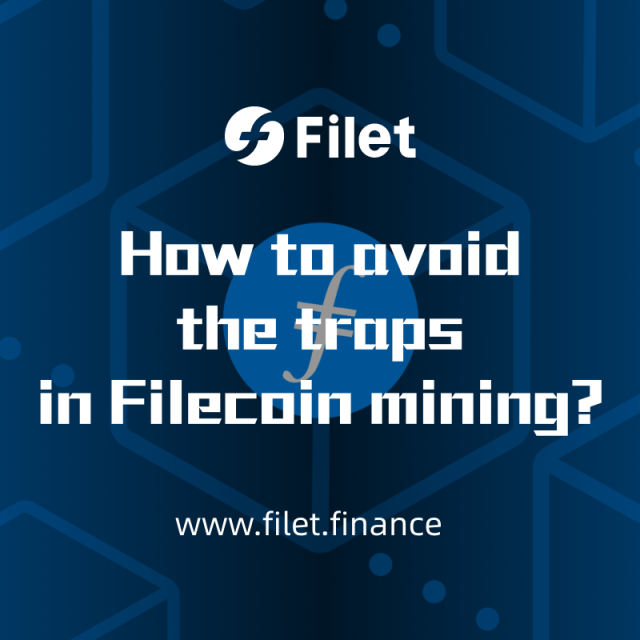 Filecoin is the most forward-looking blockchain application since 2020. Major capitals are scrambling to join, miners are gearing up, and scammers are preparing. Investors and watchers are constantly looking for opportunities in IPFS, and at the same time, they must stay alert against various scams in the name of Filecoin mining.

What is the node number of a miner?

If there is no node number, either it is a scam platform with the rob-Paul-to-pay-Peter mode, or they directly buy tokens from the secondary market and distribute it according to the average data of the whole network. If they have nodes, you need to check how much the newly packaged effective mining power is added every day, and whether there is any oversold. Oversold means that the mining machines they sold are more than the packaged mining machines or the tokens are bought from the secondary market for distribution.

Do they have mining farms?

Building a mining farm requires a lot of funds, and many scam platforms and sales companies do not have such capability. Therefore, they directly connect with a tech company to develop and design a model to sell mining power, or the mining machine owner and money collector are different entities, so it is difficult to protect the rights and interests of customers in the later stage.

Is the daily token divided according to the actual token production or the average value shown on the official website?

The amount of tokens produced by the miner’s node on the day divided by the total effective mining power of the miner is equal to the actual amount of tokens produced per TB of the miner on that day. However, if the miners distribute tokens according to the average value on the official website, the remaining tokens will be taken by the miner, which means that the miner will take away all the above-average tokens in the entire period signed in the contract. You can check the miner’s 7-day and 30-day token distribution data. The data must be true and must be synchronized with the data of the mining pool nodes.

How long does it take for the miner to pack full data?

A storage hard disk cannot generate effective mining power. It is necessary to use the packaging machine to convert the physical storage space into effective mining power, and only then can FIL be produced. In other words, if you buy a storage machine, you cannot directly generate tokens until you package them before you can get FIL. The most expensive device in Filecoin mining is the packaging machine, each of which can only package 1.6-1.8TB per day.

If a miner promises a 30-day packaging period, it is the normal level, because you may be in a queue for packaging. But if they say the packaging needs three months or even longer. Either the miner doesn’t have enough packaging machines, or the miner has finished packaging early than they promised, but the tokens are not distributed immediately. Where the tokens go during this period is unknown. In the later stage, the token production will be low, and it takes longer to recover the cost.

What is the proportion of effective mining power per TB? Does it contain redundancy?

The hard disks have physical redundancy, and the redundant parts are used for backup. Just like a smartphone with 512GB memory, you cannot fully get 512GB in actual use, because part of the space is for backup. Likewise, when you buy 100TB of storage space, the actual effective mining power is only more than 70TB. However, the mining machine company still considers the redundant part as the cost and writes it into the contract.

Redundant space will not produce tokens, so 100TB space can only be charged as 70TB; if it is charged as 100TB, the redundant 30TB is overcharged. Every newly added 1TB of effective mining power requires 6 FILs for staked tokens and gas fee, 30TB of redundant space means an overcharge of 180 FILs.

How are staked tokens and gas fees calculated?