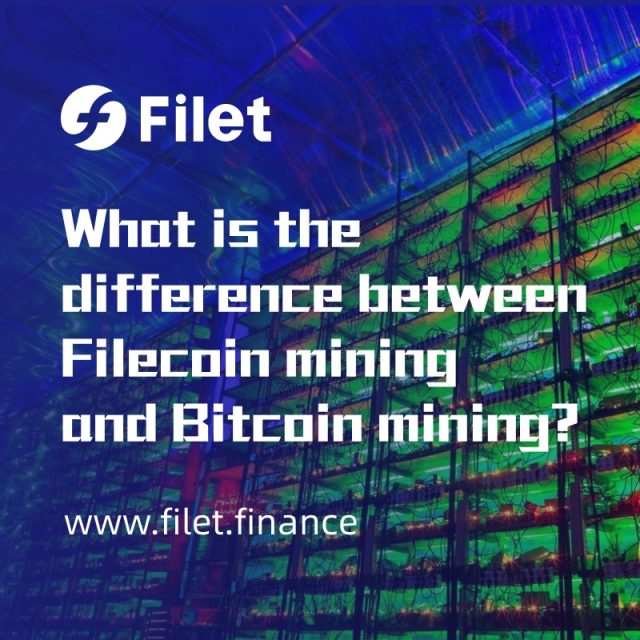 The total issuance of bitcoins is 21 million, which is halved every four years. So far, it had been halved three times, and the remaining unissued bitcoin is less than 20%. Currently, it is enormously difficult to mine Bitcoin, and the mining output has also been greatly lowered.

The total issuance of FIL is 2 billion, which is halved every six years. Currently, more than 100 million FILs have been released, and it is in the bonus period of the first mine. There are more than 1 billion FILs left for miners. The price of FIL is also in the early stage, and many powerful players enter the market first to seize the first mining bonus.

The principle of bitcoin mining is to solve equations by consuming a lot of computing power of PCs. Whoever gets the result first will get bitcoin rewards, which means that people with higher specifications will get more bitcoins. Bitcoin mining requires a lot of energy in the continuous calculation process, so it consumes a lot of electricity.

FIL is an incentive token issued based on IPFS, which is the Internet distributed storage protocol in web3.0. The main mining principle is that miners continuously store data on the hard disk to obtain FIL coins as rewards, which belongs to storage mining. Filecoin’s mining machines are storage servers, which convert the ability to store valid data into mining power and consume less electricity.

At the same time, to ensure data security and pay for network node costs, miners need to pay a certain amount of FIL tokens as staked coins and gas fees in advance. Filecoin’s staking for mining mechanism allows miners to ensure that files are safely stored and can be read at any time within a certain period. It can be understood that miners mortgage the tokens to obtain the qualification for storage. If any accident occurs, the mortgage will be deducted as a punishment for the miners.

It has been more than ten years since the birth of Bitcoin. The price of the coin has changed from 10,000 bitcoins for a pizza in the early stage, to a highest of nearly 70,000 US dollars. Bitcoin has experienced several times of huge ups and downs, which had turned away a lot of investors who don’t speculate in coins, there are some lucky ones who enjoy the price breaking through. The current price of Bitcoin is almost at another peak, and the future space for growth is also limited.

FIL was issued for $26.73, and it is still below the insurance price. Even if the price increases by 5 times, it is still in the early stage. Referring to the development of Bitcoin, in the future, the price of FIL coins will have a new rising stage, which means that investors who start mining sooner will be able to obtain unexpected benefits.